Self Serve Lumber can trace its roots back to Saginaw’s east side in 1933 when Arthur Schwannecke started a coal company known as L. C. Smith Coal Co. During the coal business downturn Arthur’s son William, who had experience working in the lumber industry, went into partnership with his father and in 1953 the company became L. C. Smith Coal and Lumber Co. In a few short years they dropped the coal business and became L. C. Smith Lumber Co. In 1956 Arthur’s other son Robert came on board and in 1958 the three opened Reliable Cash and Carry. As the business grew, a need was found to serve Saginaw’s west side and the first Self Serve Lumber was opened in 1963 on Weiss St. Soon they found convenience was key, they were open nights and weekends when traditional lumber yards were only open five days a week. In 1979 Arthur passed away and William took over as President and CEO. Over the years our product line has expanded greatly to serve our customers. Stores have continued to open starting in Saginaw and throughout the Mid-Michigan area. Currently, Self Serve Lumber and Home Center is a fourth generation family business operating 19 locations.

Self Serve Lumber and Home Center is the convenient, local alternative to the big box home stores. We are open seven days a week and offer the convenience of a drive-thru lumber yard. YOU drive into the yard, YOU load the lumber that YOU want directly into YOUR vehicle, and then YOU pay for YOUR load. It's fast, simple, Self Serve! Our home centers have great deals on the same brand name home products you use everyday. Stop in and compare them. Just look for the Small Box with the Big Deals....we are right around the corner. 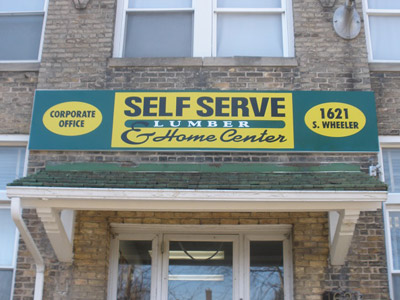 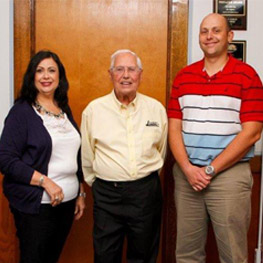